Herd size per farm is increasing in the Netherlands. Therefore, there is need for assessing the performance of different grazing systems at high stocking densities. The objective of the current experiment was to assess the effect of two contrasting grazing systems, kurzrasen (KR, continuous grazing at 3-5 cm sward height) and strip-grazing (SG) at a high stocking rate, on load bearing capacity, sward density, grass production and morphology on peat soil. To this end, a two-year grazing trial with four herds of 15 cows on 2 ha each was conducted. Sward density was higher for KR compared with SG, which had a positive impact on load bearing capacity. This is an important feature on peat soils, where load-bearing capacity is often limited. KR showed on average 18% lower herbage dry matter production than SG. The yield penalty of using a shorter regrowth period under KR was limited due to the strong response in grass morphology, resulting in a dense and lamina-rich sward. 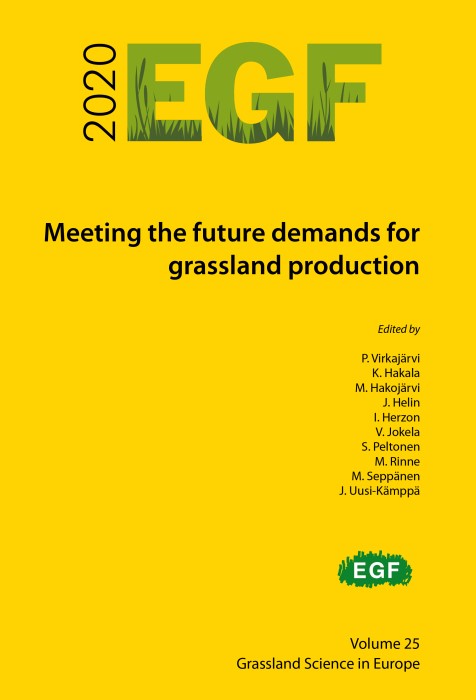