Background Severity assessments of respiratory tract infection (RTI) in children are known to differ between parents and clinicians, but determinants of perceived severity are unknown.

Aim To investigate the (dis)agreement between, and compare the determinants of, parent and clinician severity scores.

Design and setting Secondary analysis of data from a prospective cohort study of 8394 children presenting to primary care with acute (≤28 days) cough and RTI.

Conclusion Clinicians and parents use different factors and make different judgements about the severity of children’s RTI. Improved understanding of the factors that concern parents could improve parent–clinician communication and consultation outcomes. 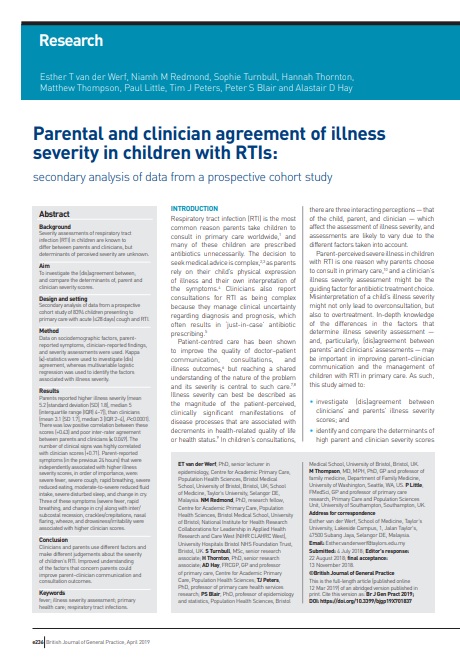